There are many different species of ants that American homeowners encounter in their backyards and inside their homes. It can be hard to identify the various species of ants that you find on your property, but identifying them is important since not all ant species will respond to the same pest control methods. Some types of ants, such as odorous house ants, have multiple queens, which complicates the pest control process. Here's what you need to know about these unusual ants.

Is there an easy way to identify them?

Odorous house ants look fairly similar to other types of ants. They're very small at about 3 mm long, with bodies that are either dark brown or black. However, there is one very easy way to identify these ants. When an odorous house ant is crushed, it releases a very bad smell, which is how these ants got their name. The smell is very bitter and has been described by some sources as smelling like rotting coconuts while others compare the smell to blue cheese.

What states do they live in?

Odorous house ants are widespread, but they aren't found in every state. Most sightings of these ants come from the Pacific Northwest, the Great Lakes region, and New England, but they're also quite common in Colorado. What these areas have in common is that they all provide the high moisture environments that odorous house ants prefer.

Do they only live inside houses?

Odorous house ants, despite their name, are also found outdoors, not just inside homes. In your backyard, you may find them living in dark, moist places like beneath patio stones, decorative rocks, or other objects.

When they decide to live inside homes, they prefer to live in the same types of places as they do outdoors: dark and moist. You may find them living underneath your sinks, around your pipes, and if you've recently suffered from water damage, inside your walls.

How do multiple queens make an ant colony harder to get rid of?

Multiple queens give an ant colony a better chance of surviving your pest control attempts. Ant bait stations are designed to kill colonies that only have a single queen since most types of ants live in colonies with a single queen.

With bait stations, the worker ants collect the poisoned bait and feed it to their queen, and when she dies, the entire colony crumbles. Odorous house ants have many queens, and this makes them more likely to survive your attempts at killing them with bait stations. You need to kill every single queen to get rid of the colony, and when there are a lot of queens, that's harder to do.

Are there any effective methods for getting rid of them?

Ant bait stations aren't a good way to get rid of odorous house ants, but that doesn't mean that there's no way to get rid of them. Outdoor colonies can be killed with drench treatments; look for pesticides that are meant to be poured into an ant mound. These pesticides saturate the nest and kill all of the ants inside, even multiple queens. Getting rid of indoor colonies is a little bit more complicated, and may include things like getting rid of the food and moisture that's attracting them to your home, or having a pest control company spray dust into the wall voids. 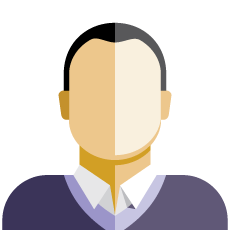 Do you spend your spring and summer months battling the pests that enter your home? There are many ways to prevent the intrusion of ants, roaches, flies, mosquitoes, mice and other pests in your home. I own several rental properties that I have to be sure do not get infested with all sorts of pests and have learned a lot about preventing the intrusion to begin with. You can learn from my personal experiences and keep the pests from ever becoming a serious issue in your home. With a few minor changes to the home and working with a skilled pest control agent, your home can be pest-free forever!